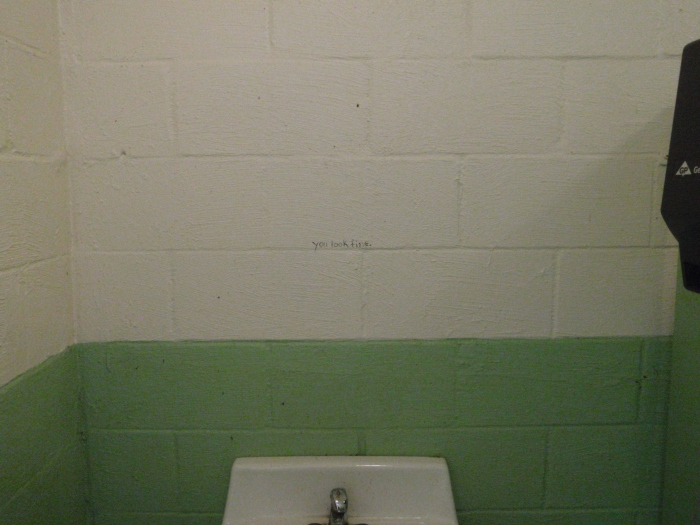 Mirror, mirror on the wall. 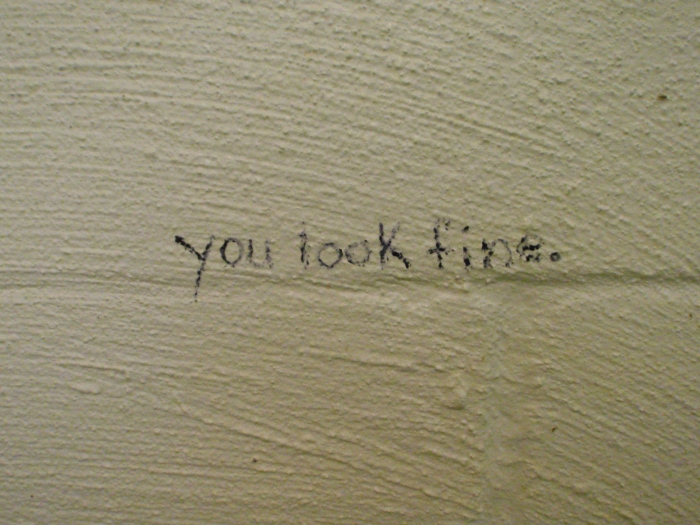 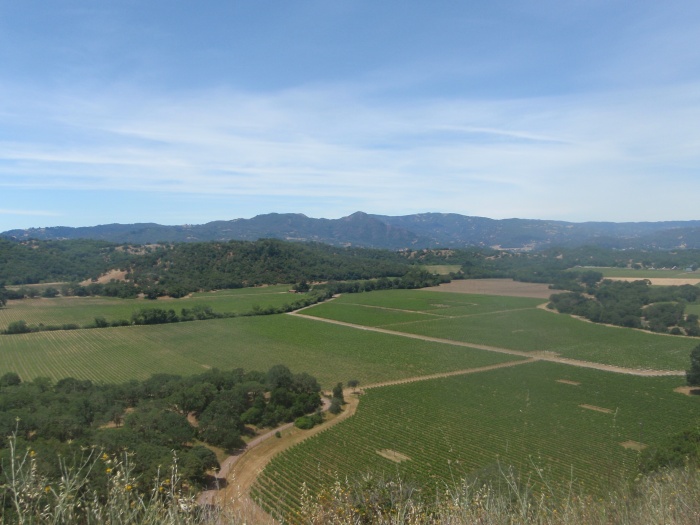 Looking west as I climbed Hopland Grade from the west

KevinF wrote into the SFRandon list last Friday with the following query and then answered his own question.

What are your favorite stretches of road in the Bay Area and why?

1. Pinehurst between Skyline and Redwood in the East Bay – I call this stretch ‘My Cathedral.’ Though I enjoy the terrain and the two climbs, I especially treasure the ride beneath the redwood trees going north through the community of Canyon. The hush, the mist, the cool breeze on the hottest days, the sun filtering in long diagonal shafts. Stretches like that are why I bicycle in the first place.

2. CA-1 headed south from Goat Rock Beach to Diekmann’s Store. The complete transformation of the experience when I crest the top of the climb from the Russian River and look out over the cliffs and the Pacific with all the isolated rocks off the coast fills me with joy. And it always comes unexpectedly. Then the road swooshes up and down and back and forth just enough to make it a blast and not so much to make it a chore. This is what I think of when I think ‘California Coast.’

3. Mountain House road between CA-128 and US 101 / Hopland. This is the land that time forgot. The trees with the Spanish moss take me back to my childhood in the deep south. A few of the far distant vistas lack any sign of roads, highways, and industry. The views remind me of where I thought fairy tales took place when I was little. It doesn’t take much to imagine there is a castle on the next hill just beyond my view.

Many people responded with their favorite stretches of roads to ride.  I loved people’s responses.  Reading this thread was reading a reminder of all the wonderful places you have been.  Remember that road?  Yeah, I remember riding there.  That was great.

One person listed the 17 mile drive in Carmel and another jokingly chastised that writer for misunderstanding of geography.  I was actually going to reply with the section of highway one from Carmel to the Nacimiento climb as being one of my favorite stretches of road.  I love the bay area for incorporating as part of itself anything that can possible be driven to within a few hours.  When I lived in Baltimore, I never said that my favorite restaurant in the Baltimore area was some joint in Brooklyn.  I rarely ever went places outside the walking distance from my house and now I claim Big Sur as being near.  According to google maps it would take me one minute longer for me to drive to the Nacimiento climb from where I live in Oakland than it would for me to drive downtown New York from my house in Baltimore.  Perspectives change.

Hopland grade is another favorite of mine and I resist listing that for the same reason above.

Lopes road?  You could not use Hopland grade, because it is too far away, so you replace it with Lopes?  GregM didn’t actually use those words, but he did question the inclusion of Lopes road.  “Why does this one make your list, particularly?” he asked.

I had a friend whose girlfriend’s head injury had left her with lessened senses of taste and smell.  He said that she ate mostly by texture.  I think that I might bike by texture sometimes.  I don’t really recall what that stretch of road on Lopes really looks like.  It can be hot and the highway is near.  However, the stretch is an uninterrupted effort of just the right length and then you get a break with air conditioning.  I think that road is slightly downhill, but only slightly, so that all your speed feels like it is a result of your effort.  I feel fast and the road has some slight undulations.  The fight to hang on to a paceline on those undulations is elating.  I like trying to hang on as long as possible to a paceline, going too fast for me.  I get blown off the back, and then I limp in to the Gold Market, where I get air conditioning and an ice cream bar as a treat.

maybe it is just the chocolate covered ice cream.  and the ice cold coke.

The roads following around the Nicasio reservoir are quite beautiful.  Despite, their beauty, I think what I love about this road is the texture.  I like the hill up to the dam from the painted bridge.  It isn’t that steep, but it is steep enough to feel like climbing.  It is short enough that I might be able to maintain a reasonable speed to the top.  I rarely do that.  Its length is just beyond my reach, but I love trying over and over and over again.  Even when I am slow, the slope to that hill feels perfect.  I like the top out at the dam.  It feels fast and hard at the same time.  The shoulder is wide and the pavement smooth.  Our route back to Marinwood has us turn right onto Nicasio Road heading toward Nicasio.  Most people think that this road is flat, but it has a very slight climb and it usually has a following wind that gives you a significant push up this slight hill.  Michael loves this “hill” in a tailwind.  Had I not spent too many Thursdays trying not to get dropped from Michael’s wheel as he barnstorms into Nicasio, I, too, would not have realized the presence of this hill.   I have yet to stay on his wheel, when he is actually trying.  He just pulls away, never slowing.

I don’t think that anyone needs to explain the love of highway one: California coastland in all its glory with exhilarating rollers and the hand of god pushing you down the coast.

Pictures from rides past: 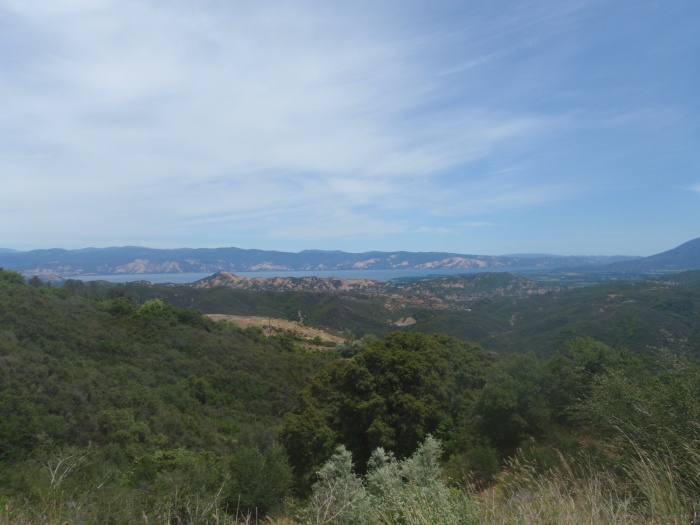 Hopland grade: I took 114 pictures. Really, you should consider yourself lucky, that these are the only ones being shown. 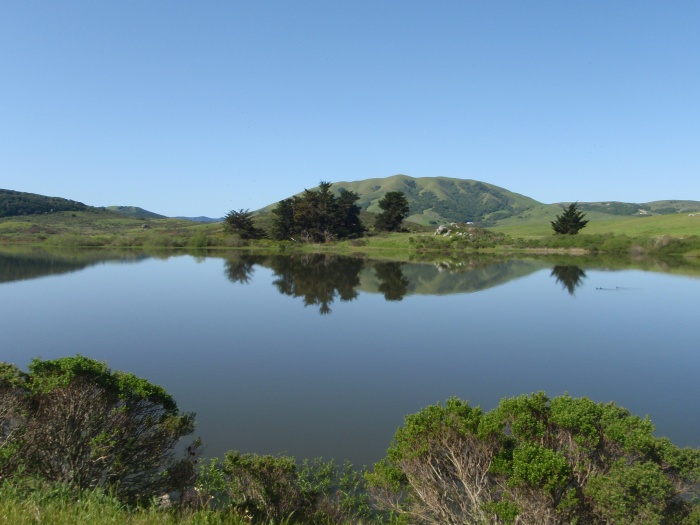 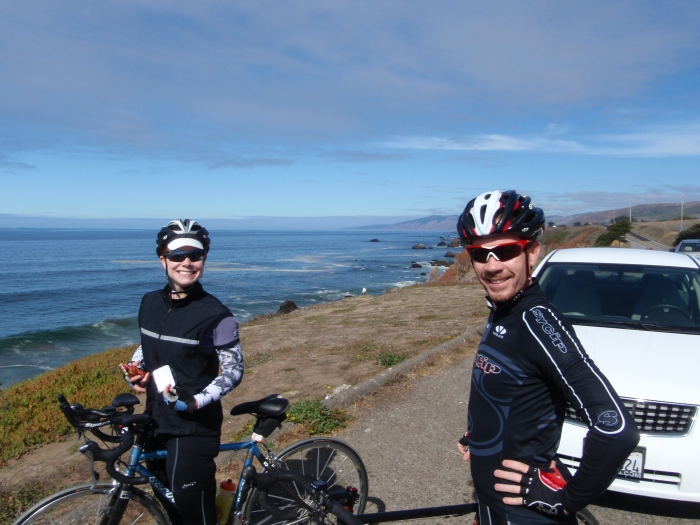 Alexis and Brett: Happy people on Highway One.

I have no pictures from Lopes road.