I was being driven crazy by a particulalry opinionated women named Barbara who rode in my cycling club.   I wrote to Alexis complaining about her and Alexis responded with a one-sentence email:

OMG, I want to slap her.

While that sentiment isn’t exactly novel, I highly appreciated her one-line letter.  Being exasperated by someone over a club email discussion regarding photographs is silly.  Barbara really was not causing any problems by emailing.  I could easily ignore her, but instead I got mad.  Having someone else share the same exasperation is vindicating.  I felt less silly and the sharing somehow made me less angry.  “See other people think as I do,” I think and somehow I am no longer annoyed.  It was as though the annoyance came from me sitting alone at my computer and feeling like no one else agreed with me.  Would it matter if no one else agreed?  Why was I comforted when someone did?  Humans are strange.

The issue, hashed out angrily on a cycling club email list was about artistic freedom, immorality, personal privacy issues, the human race’s destruction of the natural world, or people’s inability not to click on every link that says click me.  -or it was about pictures of road-kill, depending on your point of view.  Road-Kill Andrew posted links to the club email list for his personal flicker site.  The links were to flicker sets that showed pictures from the previous week’s ride.  Andrew used to race ahead and then stop and take pictures of other riders as they passed.  It was quite nice, all these pictures he gathered.  However, Andrew also liked taking pictures of dead animals that had been killed by cars.  I am not sure why he wanted these pictures, but he did and he uploaded them onto his flicker site.  I managed not to see any pictures of roadkill, while actually seeing many of the pictures of people.  Maybe I would have felt different about this issue had I been surprised by the pictures.

People, upset by the pictures, complained.  Subsequently, due to these complaints, when Andrew sent in further links to his flicker sets, he accompanied the link with a warning regarding the likelihood of viewing a car-smushed creature.

Well, that warning didn’t go over well.  Barbara wrote in to the list saying that the pictures were highly offensive and should not be linked in anyway to the cycling club. Then people responded, defending road-kill Andrew, saying that the photos were artistic expression and he should be allowed to take the pictures and show them.  She responded indignantly that the issue was a moral one, not artistic.  The pictures were immoral and should not be shown.

I was of the opinion, that the site was his personal flicker set and he could have the pictures he wanted on that site.  He hadn’t actually killed the animals to create those pictures.  The animals weren’t less dead if he didn’t take those pictures or more dead now that he had.  Other people argued valiantly for artistic freedom and its importance in a free society.

Are pictures of dead animals art?  I don’t’ know.  I never spoke to Andrew about the pictures and I don’t know why he was taking them.

Are pictures of dead animals immoral?  I don’t know.  It seems wrong to kill an animal just to get a picture you think would have some artistic value.  Our society raises and kills animals all the time for food, clothing, and all variety of body part reasons.  Some of those reasons might seem as trivial as killing an animal for a photograph.  Andrew hadn’t killed the animals.  Our society, in the overtaking of the world and the paving of roads was what killed those creatures.  None of us were less guilty or more guilty than the rest of us for the smushing of those creatures.  Perhaps Andrew was making a comment about our ecological disaster. I don’t know.

Seeing pictures of a dead animal or person is upsetting, but the person or other creature is not less dead or more dead, because the picture is or isn’t taken.  The person would not be less dead if the picture were viewed or not viewed.  Taking a picture of a dead person for entertainment value would strike me as highly disrespectful and, to use Barbara’s word, immoral.

Is seeing a picture of someone dead disrespectful?  Are we better to be reminded of deaths than to avoid them?  Is looking at the picture of someone or some animal dead and seeing something interesting wrong?  Does the addition of possible entertainment make the viewing immoral?  I suppose I am not really that annoyed that Barbara sent her incensed email.  The whole episode was more interesting and more worth discussing than I had initially given it credit for.  Is being interested in the subject of pictures of dead animals ok?  Is everything just here to entertain us?

I bike by road-kill regularly.  We have skunk-killing season when the air fills with a gasoline-like smushed skunk smell.  I am currently riding in dead-newt season.  The newts are dying out due to habitat destruction and I feel slightly sad for our planet to see so many of them killed off by cars, too. 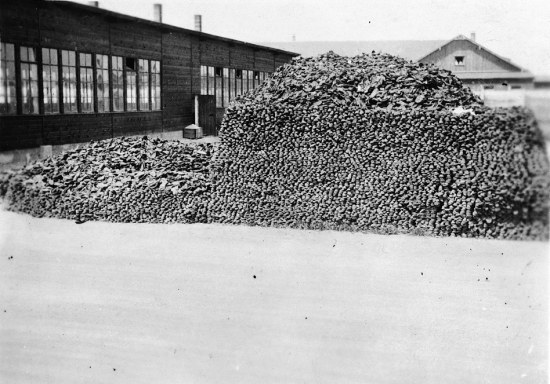 This post was written about an incident that took place a couple of years ago.  Andrew stopped sharing links with pictures of dead animals.  I am only reporting my impressions.  I do not really know the opinions of the others involved in this discussion.  Thanks to sonofabike for the title.